This blog and sister site Seattle Under Siege will not be updated for the foreseeable future. But if you're here, you might be interested in following @HernCo on Twitter, perhaps visiting this Tumblr, or even this Facebook page. 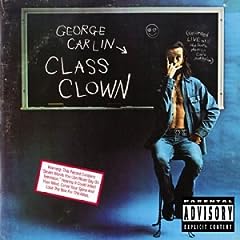 Okay, just a little more Carlin. This isn't live stand-up, but rather the Class Clown album in its entirety (finishing off with the original 7 Words). I listened to a shoddy cassette recording of this album approximately 47,000 times before it broke. The YouTube user who posted the album has turned off embedding, so here it is in delicious link form.
Part 1 Part 2 Part 3 Part 4 Part 5

George Carlin just passed away, a fact about which he's either completely oblivious or (more likely) extremely pissed. Now, I could post his thoughts on death, or politics, or religion; the 7 Words are always popular, and nothing beats the old "stuff" schtick. But the one time I saw him perform (in Vegas, in '99 or '00, I think) he finished with the Baseball and Football routine, which was and remains my favorite.

Be excellent to each other.

So I posted my first video on the "U-toobs" all the kids are talking about these days--a video of Jonathan Coulton and Paul & Storm at the Triple Door show Saturday night. I have a few more (it was encouraged, as one might expect) but I'm having trouble getting the Mac to upload them so it's taking a bit longer than I'd thought.

I'd like to note I was using an upside-down pint glass as a tripod. Also, the rabid laughing drunk? That's me.

Man, is that something I never expected to type.

So I was in a recording studio with Flying Lab Sound Designer/Director/Engineer Jaclyn Schumate today. Jaclyn booked Seattle's Pure Audio, which was run by a stellar group of people and were incredibly understand and generous, going so far as to include delivered lunch and regular coffee runs as part of the overall service; I got to watch really talented actors (including a few friends) perform lines Chris Pramas and I had written; I got to sing one of my favorite shanties for the game. A good, if lengthy, day. The actors were amazing, their improvisations were better than anything I'd written, everyone seemed to have a great time.

Early that morning, I thought I had a brilliant idea, truly I did: To use my little snapshotty digital camera to record short little web interviews with the voice actors along with some video of them performing in the studio. I had a tripod, after all. And since I was bringing my MacBook, I'd be able to empty the little camera when it was filled up with .avi files. No problem!

And then with the problems. Not with the actors, or the recording of audio, but with my precious side project, the thing justifying my presence as more than just the guy saying "Couldn't she punch that second 'GYARRGHH!' a little more?" Unfortunately for my heart, which belongs to Apple--as opposed to my head, which tends to line up more with Microsoft--that problem seemed to lie in the MacBook.

My 2-year-old MacBook automatically tries to download the images from the camera. It used to try and use the proprietary Fuji software, but I set it to use iPhoto and that seemed to work fine in Hawai'i. And sure enough, after a couple of hours in the studio the camera was full. The camera and MacBook instantly made friends, and soon the laptop contained all the photos I'd taken that morning, as well as leftover action movies of our cat Remo chasing a laser pointer and my first voice actor interview of the day with former Pirates of the Burning Sea producer John Scott Tynes. So far so good.

Three more interviews, time to empty (I only have a 1GB card in the Fuji). I hook up the camera, the Mac loads up iPhoto, I click "Import," and...nothin'. For like, five minutes. Then the program shuts down, though it still indicates there are videos on the camera.

I have several minutes left on the camera, and reckon I can fit at least one more interview. Maybe something screwy is going on that will be fixed by recording more, I inexplicably reason.

I ended up managing to cram the last interviews into less than four minutes, which fit on the camera. And I thought, for the first time in many months, "I'll be Windows can fix this." Yes, Windows XP, the once-maligned-but-now-we-realize-how-good-we-had-it version. I got home from the studio, walked up to my 4-year-old desktop PC, and said "Surprise me." Well, I figuratively said that by hooking up the USB cable. Then, in what was in fact no surprise at all, I saw the Fuji camera as just another drive I could open in the My Computer explorer window.

I opened it. The files were inside it. I dragged them to a folder on my desktop. They copied in about three minutes. I unhooked the camera, put the video files on a flash drive, and will now use a similar procedure to move the files onto the Mac where I can (hopefully) edit everything into something that will appear on the PotBS website.

Why couldn't I do the same thing on the Mac I did on my PC? I have no idea. I thought Macs invented that deal where whatever you've got hooked up or plugged into your computer appears on the desktop. I thought that was why it was a freakin' desktop. Instead, the Mac keeps forcing me to open a program that clearly doesn't want to move video from my camera to my laptop. I close the program down, but the camera doesn't appear as a peripheral or anything.

My point? Macs are like older, overprotective siblings who do everything for you so you won't put your eye out, kid, while you're playing with all that fancy whizbangery (and I do appreciate that whizbangery). PCs are like younger siblings who borrow your car, destroy it, and force you to rebuild the thing yourself, learning how it works in the process. Either way, you have to live with 'em both. Which is to say I'm back, hopefully with some semi-regular posts here and over at Seattle Under Siege!

Been a lot going on around here. I've recently gotten a promotion to lead world designer at Flying Lab Software, where my focus is on Pirates of the Burning Sea (on sale wherever fine MMOs are sold (and online, too, which is probably redundant). The second Lorwyn Cycle novel I wrote with the talented and steel-livered Scott McGough is on sale now--it's called Morningtide and you should buy several copies for yourself, our friends, and your family, once they all stop fighting each other for the copy of Lorwyn (Book 1) you bought. See how it pays to buy in bulk? And don't forget to keep your eye out for Eventide, the last book in the set (also written with McGough). And somewhere in there is an anthology I can't seem to find on Amazon that will contain a novella Scott and I wrote--it'll connects the two 'tides.

I also got married to my girlfriend of some 15 years. We figured it was time to end the "will they or won't they?" speculation when it was least expected--long after anyone was asking. We're very happy and so are the cats, who no longer have to deal with the psychological torture of being from a broken home. Good kitties.

All shilling and wedlock-boasting aside, I turned 36 today and will soon be sleeping the sleep of the just, so I think that's all I got for now--but if you are actually interested in what I'm doing, check back soon. I'm tanned, rested, and ready--I don't intend to let another six months lapse before posting again. 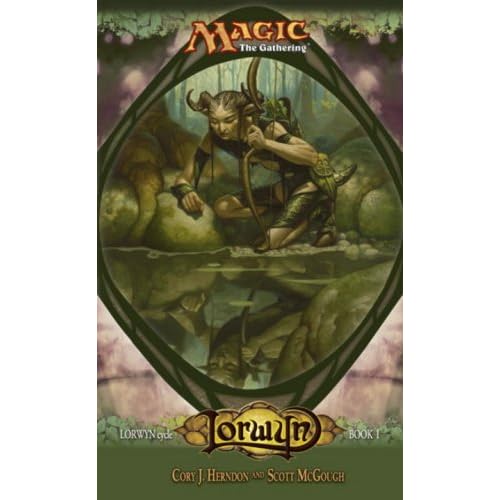 I'd be remiss if I didn't point out that my first co-written novel (co-written with my supremely talented friend Scott McGough) is now on sale at finer book sellers everywhere. That probably includes your comic, card, and hobby shops, and wherever else Magic: the Gathering-related items are sold. Lorwyn should also soon be available (in October, if I don't miss my guess) as part of the Fat Pack if you reckon you'll want some delicious cards and strategy to go with your fiction. 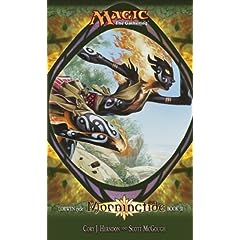 Don't forget to place your pre-order for Morningtide (Lorwyn Book II) while you're at it--my cat told me you should, and it's best not to disagree with him. I once saw him cut a man's jugular just for snorin' too loud. It's with a heady mix of ambivalence and relief--I never posted on the thing anymore, it was hideously ugly thanks to my nonexistent web design skills, and it was a minute but unpredictable drain on my checking account that always hit at the worst time--that I announce the unsung demise of HernCo Enterprises (hernco[dot]net). That also means the end of the cjh[at]hernco[dot]net email address, so I'll be using coryjherndon[at]gmail[dot]com as the primary address for all things related to this blog. Drop me a line sometime, I'll probably check that address at least once a month. I swear. (Especially if someone can tell me why I'm writing [at] and [dot] instead of nifty symbols like "@" and "." I mean, when did we all start doing that? Or is this some elaborate practical joke?) Whatever the case, HernCo Enterprises was my first attempt at collecting all of whatever there was about me online in a single place, and it's going to be a job of work to replace the links I used to keep there. But ultimately it was for the best. If you never saw it, imagine Ain't It Cool News circa 1996 (or 2007, actually), but using only solid colors that are most charitably described as Joker-ish and a textual appeal that truly lived up to the GeoCities name, for of course it was one of those. It was also a "small business site" through which I never sold anything and did I mention the GeoCities? It was my first real attempt at that sort of thing, and ol' HernCo will have a spot in my soulless android bosom for many of your Earth years to come. That said, if you're someone who was emailing me via the hernco.net address or actually visiting that site in the hope that it might be updated someday--and seriously, if it's the latter, what's wrong with you?--now's the time to stop and switch over.

So long, self-important home page. May flights of ninjas, monkeys, and flying ninja monkeys (which really goes without saying, seeing as how the ninjas, monkeys, et al were already organized into "flights," implying the act of flying) utterly erase your existence from the Internets. Except the part where I continue using "HernCo" as a header for the news links.

William, If You Please...

Handed off my last chapter to McGough, who is painstakingly stitching together the rest of the draft for tomorrow's hand-in. Scott McGough, my friends, is a class act.

Now ladies and gentlemen, boys and girls, like many of you I've gone for the quick and easy Shatner video embed. Your Rocketmans (let me show you them)and your Hookers, T.J.. But this? This is magic.